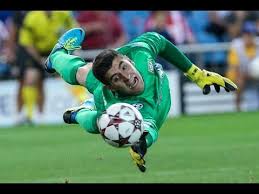 Chelsea’s renaissance under Antonio Conte comes under renewed scrutiny when the Premier League leaders visit Manchester City this weekend on the back of a seven-match winning streak.
Only one point separates the two sides with Chelsea on 31 and City on 30 but Conte’s impact at Stamford Bridge appears greater than his City counterpart Pep Guardiola’s at the Etihad.
That is largely due to the contrast from last season.
Chelsea are 17 points better off than they were at this stage last season in the final days of Jose Mourinho, while City have four more than after 13 games under Manuel Pellegrini.
The goal Tottenham Hotspur scored in a 2-1 defeat at Stamford Bridge on Saturday was the only one Chelsea have conceded in the last seven matches as Conte’s 3-4-3 system continues to flourish.
City, after a runaway start, have not been firing on all cylinders of late, eking out narrow wins over Crystal Palace and Burnley, and former Barcelona and Bayern Munich boss Guardiola accepts Chelsea are setting the standard.
“We are going to play against the best team at the moment in the Premier League,” he said. “The last five or six weeks they have played amazing.
“We have to try and discover his secret and what we need to do to beat him and will prepare as best as possible.”
Former Chelsea midfielder and coach Ray Wilkins said his old club’s progress will be clearer after this weekend.
“I think this will tell Conte whether his three at the back is viable against the top, top teams,” he told Sky Sports.
Chelsea will need no reminding of City’s main threat.
Sergio Aguero scored four times against them last season, including a hat-trick at Stamford Bridge, and has netted 10 goals this campaign. Then again, Chelsea’s Diego Costa, back to the form of two seasons ago, has matched him with 10 of his own.
Second-placed Liverpool (30) must wait until Sunday for their match at Bournemouth when they will try and stretch their unbeaten run to 12 league games.
Fourth-placed Arsenal (28) face a tricky London derby at West Ham United on Saturday evening where crowd behaviour will be under the spotlight after the Hammers’ last derby at their new London Stadium, against Chelsea, was marred by ugly scenes.
Tottenham have slipped off the pace after their season-long unbeaten run was ended by Chelsea but will hope to get back to winning ways at home to struggling Swansea City.
Sixth-placed Manchester United are at Everton.